Max-Planck-Institute of Colloids and Interfaces, Potsdam

Markus Antonietti is director of the Max Planck Institute of Colloids and Interfaces. Starting 35 years ago with polymer science, he now drives modern materials chemistry, where sustainable processes and materials are a central theme. Carbon and Carbon-Nitrogen Materials indeed exert a special fascination to him. He published around 700 Papers and issued 90 patents, his H-index is 147. Beside being a devoted scientist and a higher academic teacher (about 55 of his former students hold leading professorships, worldwide), he also is a passionate chef specialized in fusion cuisine and plays in a Rock`n`Roll band. 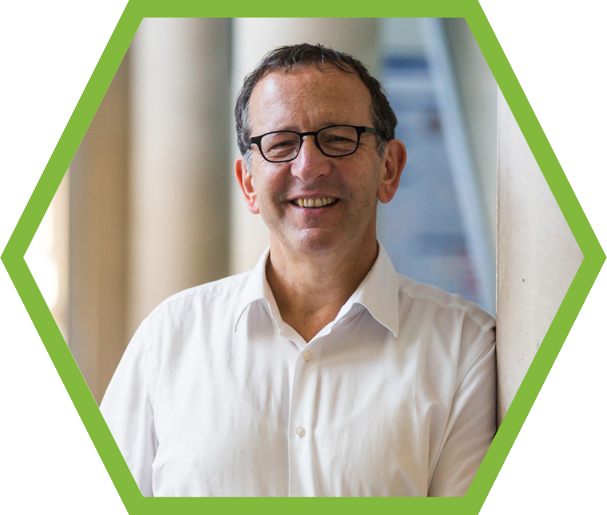 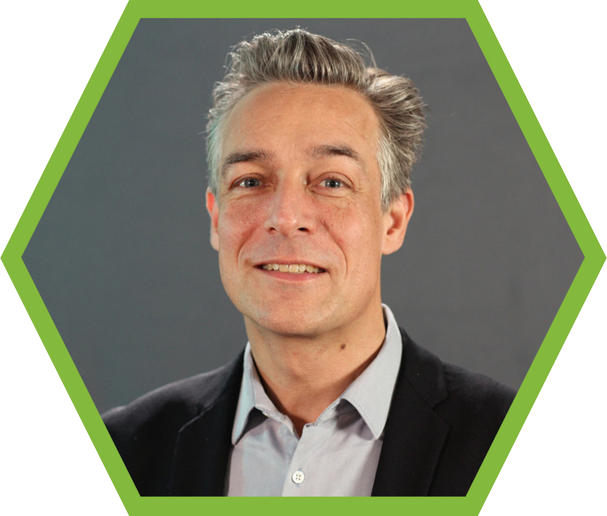 Mischa Bonn serves as Max Planck Director and professor by special appointment in Amsterdam (Physics) and Mainz (Chemistry). The overall aim of Bonn’s research is to reveal the structure and dynamics of molecules and intermolecular interactions at interfaces, as well as the transport of molecules and charge across those interfaces. This is of fundamental interest, but also highly relevant for environmental processes (e.g. chemical conversion on ice surfaces), biophysics (e.g. water, lipids and proteins at membrane interfaces) and energy conversion (e.g. photocatalytic water splitting at interfaces and charge carrier dynamics across semiconductor nanostructures). To achieve these goals, Bonn develops and implements state-of-the-art, laser-based spectroscopic tools. He has won several awards and prizes for his work.

Since 2016 Michèle Heurs is a professor of experimental physics at Leibniz Universität Hannover, where she works in the fields of nonclassical laser interferometry and quantum optomechanics for interferometric gravitational wave detection and quantum technologies. After her PhD on novel stabilisation schemes for solid state lasers for gravitational wave detection in 2004, she was a PostDoc first at the Max Planck Institute for Gravitational Physics in Hannover and then at the University of New South Wales in Australia. She returned to Hannover to take up a junior professorship in 2010 within the Centre of Excellence QUEST (Quantum Engineering and Space-Time Research). She is a longterm member and council member of the LIGO Scientific Collaboration (LSC). In 2017 she received the teaching award of Leibniz Universität Hannover. She is principle investigator in the Centres of Excellence “QuantumFrontiers” and “PhoenixD”. Her main research interests are nonclassical light sources („squeezed light“), quantum radiation pressure noise reduction techniques, precision metrology, novel methods for laser stabilisation, optomechanics, and metamaterials. 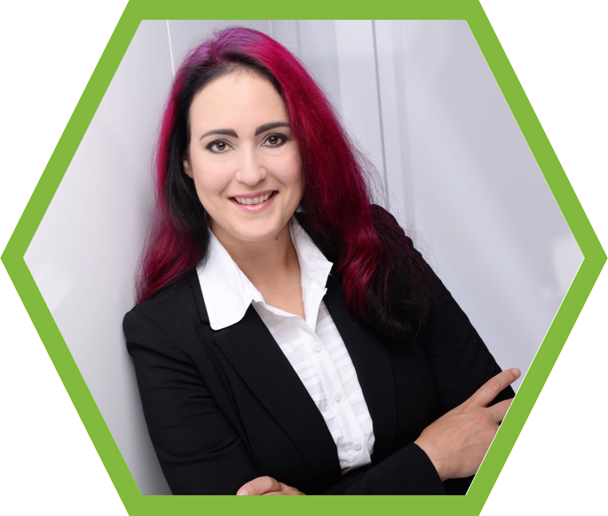 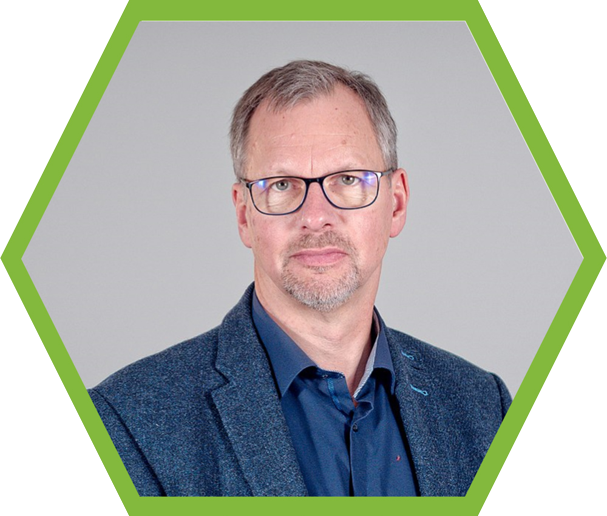 Markus Kalesse is Professor of Organic Chemistry at the Leibniz University Hannover since 2003. Additionally, he is the head of medicinal chemistry at the HZI in Braunschweig. He studied Chemistry at the Leibniz University Hannover, where he obtained his Ph.D. under supervision of Dieter Schinzer. Afterwards he became a postdoctoral fellow at the University of Wisconsin in Madison (USA) in the working groups of Steven D. Burke (1991-1992) and Laura L. Kiessling (1992). In 1997 he habilitated at the Leibniz University Hannover, while working with Ekkehard Winterfeldt. From there he became a deputy professor at the University of Wisconsin in Madison (USA) and the Christian-Albrechts-University of Kiel between 1998 and 2000. After spending 2 more years in Hannover, he filled the position of a full professorship at the Freie Universität Berlin in 2002 in Organic Chemistry, after returning to Hannover in 2003 to occupy his current position. His research is focused on the synthesis of complex natural substances, especially polyketides and polyketide-peptide-hybrides as well as the development of methods for stereoselective synthesis.

Deborah Kays completed both her MChem in Chemistry and her PhD in Inorganic Chemistry at Cardiff University, Wales, UK. After postdoctoral research, also at Cardiff University, she began her independent research career as a Junior Research Fellow at the University of Oxford (2005-2007). Following this, she was appointed as Lecturer in Inorganic Chemistry at the University of Nottingham and was subsequently promoted to Associate Professor in 2014 and Professor in 2019. Her research interests involve the stabilisation of low-coordinate and highly reactive main group and transition metal complexes, and the investigation of their reactivity under stoichiometric and catalytic regimes. The analysis of these complexes through spectroscopic, structural, magnetism and computational studies, and the investigation of fundamental patterns of reactivity, leads to their exploitation in catalysis, small molecule activation and magnetochemistry. She was the recipient of the 2018 Chemistry of the Transition Metals award from the Royal Society of Chemistry for outstanding recent contributions to the development of very low coordinate, electronically unsaturated compounds of the transition metals 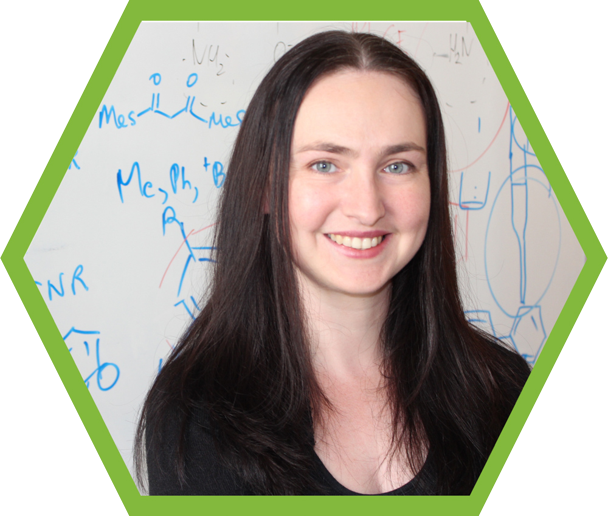 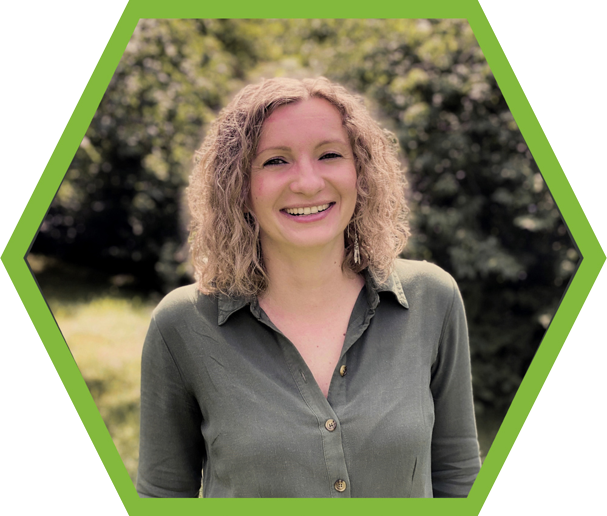 Anna Krawczuk obtained her PhD in chemistry in 2009 at the Jagiellonian University in Krakow, Poland, investigating the optical properties of chiral crystalline compounds. From 2009 to 2020 she was appointed lecturer at the Podhale State College of Applied Sciences where she founded a new curriculum of cosmetology studies. At the same time, she continued her scientific research with stays at the universities of Bern and Lorraine before she started her independent research as a research associate back in Krakow in 2012. Since October 2020 Anna Krawczuk is Junior Professor at the Georg-August University in Göttingen, Germany. Her research focuses on the investigation of structure-property correlations with an emphasis on mechanical and optical properties. For this, advanced experimental techniques such has high resolution and high-pressure single crystal x-ray diffraction are combined with theoretical methods within the Quantum Crystallography framework to gain insights into intermolecular interaction and their influence on the macroscopic crystal. She pioneered the use of atomic polarizabilities for the prediction of physical properties and is currently developing a software to make them accessible within a database approach.

Since September 2020, Matthias Preller is Professor for Structural Biology and Chemical Analytics at the University of Applied Sciences Bonn-Rhein-Sieg. He graduated in Chemistry at the Technical University Braunschweig, and received his PhD in Biophysical Chemistry from the Leibniz University Hannover in 2011, working on molecular motors. In 2012 he was appointed as assistant professor at the Centre for Structural Systems Biology in Hamburg and Hannover Medical School. In addition, he was a member of the Biomolecular Drug Research Centre in Hannover from 2012 to 2020. His research focuses on cytoskeletal motility, and small effector molecules modulating protein dynamics in order to counteract disease mechanisms. 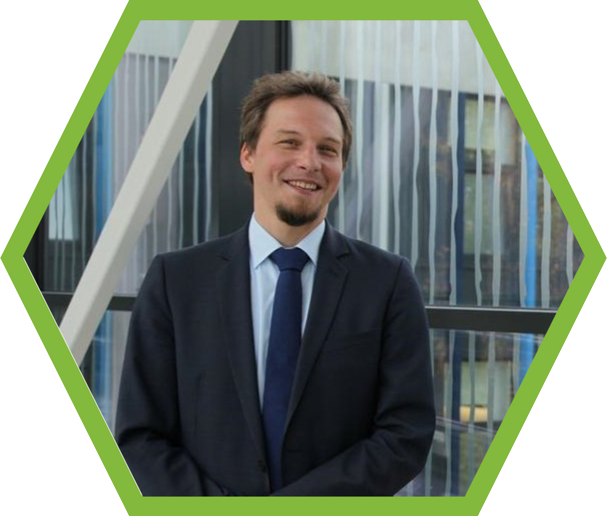